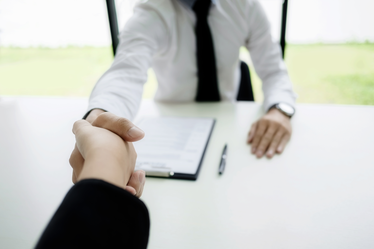 The ownership structure of a limited company is characterised by the distribution of the share capital and the rights attached to the shares thereof. Differing share structures are used to reflect varying levels of input, commitment and investment from the respective shareholders.

Number and Value of Shares

Shares are issued in the currency of choice with a nominal value. Most UK companies are formed with a predetermined number of £1.00 shares. This nominal value is arbitrary and not necessarily representative of the real value of a company.

The liability of the owners of these shares is limited to the nominal value of said shares (in addition to any investments into the company that have already been made). For this reason it is usually unnecessary to issue a large number of shares as this exposes shareholders to avoidable risk.

Many companies are formed with a small, inexpensive and easily divisible amount of shares to ensure these can be allocated easily amongst shareholders. For example, a company with 3 equal shareholders may choose to issue 3, 30 or 60 £1.00 shares to be allocated equally.

Ordinary shares are commonly used for most simple structures. They are equally proportional in every way with respect to voting powers, rights to dividends and rights to participation in the distribution of capital in the event of the company being wound up.

However, ordinary shares may not be suitable in all circumstances. Examples of alternative share classes and the rights attached thereof are as follows:

A non-voting share class may be used to give shareholders the right to dividends and participation without giving the shareholder power over the decision making within a company. This may be used to incentivise employees as part of a remuneration scheme or to issue dividends to friends or family members without giving them power to veto any proposed decisions now or in the future.

The term alphabet shares is used to describe share classes denominated by a letter. For example the company may have “Ordinary A Shares”, “Ordinary B Shares” and “Ordinary C shares”.  There are a variety of reasons why shares might be structured in this manner. One possible reason for this is to differentiate between the rights each shareholder has. Likewise, another common reason for this is to issue dividends disproportionately between shareholders.

Choosing an optimal structure from the outset when forming a new company can prevent disputes between owners in the future. You may wish to add your partner as a shareholder for their financial gain but you may not want them to veto your decision on adding a new investor at a later date! Nevertheless, circumstances can change and the need to amend the share structure of a company may arise. Rest assured that it is possible to change the share structure of a company as and when needed. Not only do we assist with company formations, but we also assist with share changes too! Contact us today for advice.