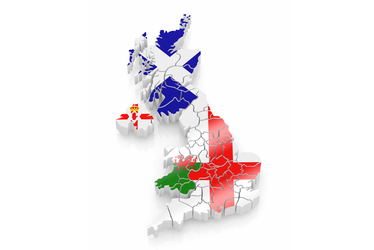 At first glance one may assume that the UK would have just one registry for UK Limited Companies. However, because the UK consists of four separate countries, there are legal differences between the four jurisdictions. This means that we have three locations in which a company can be registered. England and Wales have shared laws so they are combined, whereas Scotland and Northern Ireland have their own company register. Any company registered in one location has full force and effect in the others, but their Registered Office cannot be moved from the one country to another. For example, a company registered in Scotland must stay within Scotland. In reality this does not cause too many issues but you should be aware of the requirements and practicalities of the system.

While The Companies Act 2006 governs all registered companies, they are also subject to the different laws and regulations of the jurisdiction in which they reside. Particularly tax laws, property law, employment and other rules that are specific to each country. Should you decide to register a company in a different jurisdiction to the one that you live, be sure to know what the consequences of that decision will be before going ahead.

There are 3 different Companies House locations. Edinburgh looks after Scottish companies, Belfast monitors the Northern Irish ones and Cardiff covers English and Welsh entities. All three registrars work together, but the majority of work is managed by Cardiff. In the event you send a document to the wrong office it will be transferred to the correct one. But for expediency it is best to deal with the correct one concerned from the outset.

The three different 'houses' run three different registers although all are amalgamated for searching on the government website. To differentiate between companies in each area, a pre-fix is applied to some company numbers. England and Wales just have numerical codes but Northern Ireland, unsurprisingly, begins each number with NI and Scotland, SC. This prevents companies from having duplicate numbers within the UK. It is worth noting that there are other pre-fixes for different types of legal structures (e.g. Limited Partnerships, LLPs).

Because the three countries are managed in one combined register, a name registered in Northern Ireland will not be available for registration in Scotland, England or Wales and vice versa.

As previously mentioned, you can move your company to another suitable address within the original country in which it was formed. Unfortunately there is no mechanism to move a company from one UK country to another. In the event that you need to physically move the business from one country to another, you may need the services of a virtual office to maintain an effective address in the country of registration.