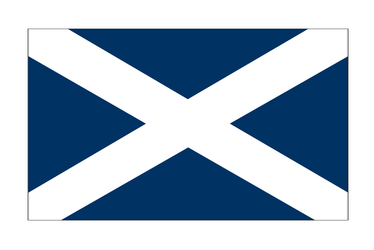 In 2016, Scotland saw a below UK rate for new company formations. Significantly less new businesses were started in Scotland last year, which is worrying for the Scottish economy.

Scotland has been performing much worse than the UK as a whole according to an article on The Spectator website. Last quarter, Scotland only saw a 0.2% growth whereas the UK saw a 0.6% growth.

The reason being, The Spectator argues, is due to the creation of political uncertainty. When Theresa May enacts Article 50 and Britain leaves the EU, Scotland may vote for independence in order to stay in Europe.

What does uncertainty mean for Scotland?

That is unclear. Separating from the UK would mean Scotland, as an independent state, would need to ensure strong environments for housing (current growth 3.5% compared to 7.2% for England) and new business, which they have failed to achieve thus far.

With the SNP campaigning for a second referendum on independence, Scotland's direction is hazy at best. Which currency? Which market? Independent?

This all results in fewer investments made in Scotland as the Scottish environment is currently surrounded by ever increasing political fog with continually lowering visibility. Scotland is sending the caviar back to London.

Nicola Sturgeon, according to STV News, has stated that a second referendum on independence is "likely" following the UK's exit from the EU. 62% of Scottish voters chose Remain in the Brexit referendum last year.

Sturgeon's SNP battled for re-election on the promise of a mandate to hold a second referendum on independence should the circumstances change of the first. Since Brexit, the SNP are now looking to enact their mandate and call for a second referendum.

However, it appears that the Scottish people do not want a second referendum and this is causing the uncertainty to grow. Scotland is fast becoming a divided state.

Whether or not a second referendum will be coming to the Scottish people, and whether or not it is successful, remains Scotland's biggest political issue. However, Scotland will need more new company formations in order to reverse Scotland's current economic slowing down, and investment will be a major factor to the Scot's future business success.